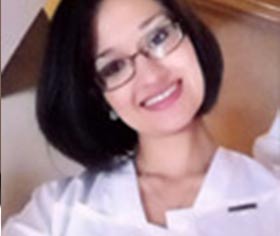 Melinda Rucker is a parent at our Reece Mill Road Head Start Center. She is to be commended for her courage and perseverance against a grim likelihood that she might not survive a domestic abusive relationship. Today Melinda smiles a gentle and trusting smile. Her eyes shine with confidence, conviction and expectation. Ms. Rucker currently works as a part-time flight attendant. She will be attending a two-year program at Greenville Technical College this coming fall to pursue her goal of becoming a paralegal/mediator. We would like to congratulate Ms. Rucker for being recognized as the 2015 Against All Odds Award Recipient provided by the South Carolina State Head Start Association (SCSHSA). This award celebrates the achievement of an individual who has overcome significant adversity in their role as parent and advocate.

SHARE Head Start encourages goal oriented parents to consider applying for the Head Start Association's State, Regional and National Awards and Scholarships. Scholarship recipients must present proof of acceptance or enrollment at an institution of higher learning, current class schedule, and possess at least a 2.5 cumulative GPA to receive a one-time monetary award. Ms. Shenqueta Canada, parent at our Tommie C. Brooks Early Head Start Center was selected by the Region IV Head Start Association (RIVHSA) as the recipient of the Scholarship for Head Start Parents. RIVHSA is comprised of members from Alabama, Florida, Georgia, Kentucky, Mississippi, North Carolina, South Carolina, and Tennessee. As the RIVHSA winner, Ms. Canada was eligible to compete against Head Start parents from across the country for the National Head Start Association (NHSA) Parent Scholarship Award. We are honored that Ms. Canada was selected as the NHSA Parent Scholarship Award winner and received a monetary award to assist her with her financial obligations and educational goal of becoming a Radiologic Technologist.

Merissa Cruz-Flores, a parent at the Willis H. Crosby Head Start Center, successfully completed and received her Master's Degree in Psychology from Kaplan University. Despite poor health and financial restraints, Ms. Cruz was able to maintain a 4.0 GPA. She is currently studying for the Behavior Analyst Certification Board (BACB) exam and planning on returning to college to attain a Doctorate degree in Counseling.

Growing up, my oldest son Vernell Townzel (pictured left), was a quiet and shy boy who loved airplanes. Given his introverted nature, I was worried about him being bullied once he started kindergarten. Thankfully, that didn't happen.

I enrolled him in the Head Start program. It was the best thing that could have happened for us. I was so grateful for the opportunity. It turned out to be an enriching experience which helped my son break out of his shell and flourish socially and academically.

I was fortunate enough to have my other two children go through the program. As a single mother of three, I was constantly overwhelmed with being the sole provider and ensuring my children were properly taken care of. At the time, I was receiving welfare, food stamps and housing assistance.

After graduating from high school, my son served in the United States Air Force and worked several years as an airplane mechanic before he retired. I credit Head Start for his early childhood success and also helping to provide a good foundation for my other children.

Head Start's role in early childhood development and family support should never be taken for granted. Happy Anniversary to all of the Head Start centers across the country and a special thanks to the one in my hometown of Davenport, Iowa. You've been a real blessing for me and my family.